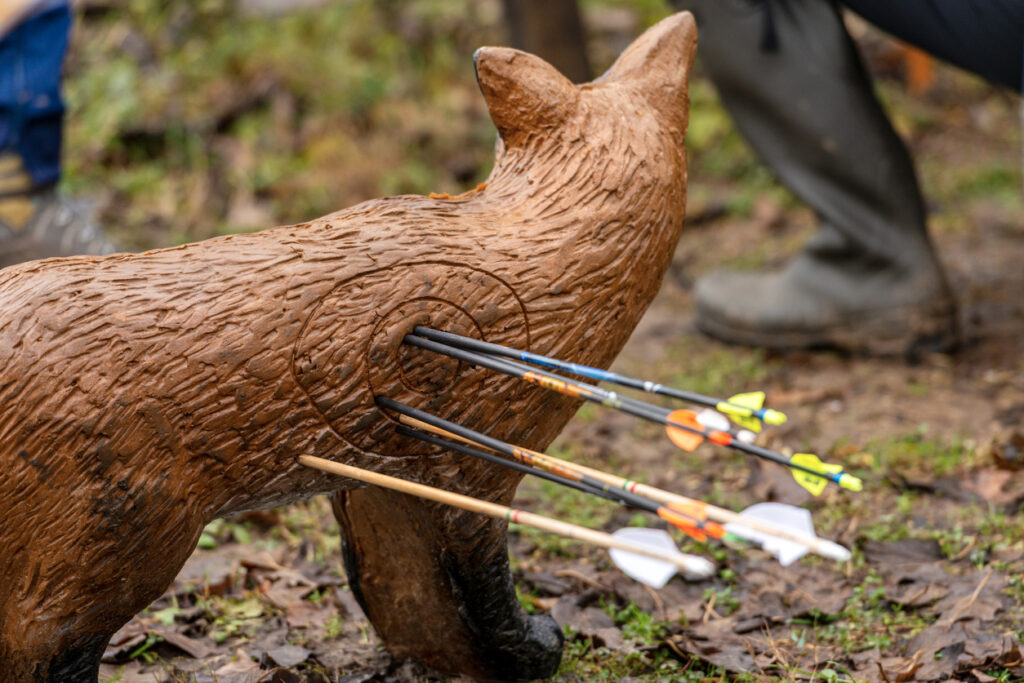 When it comes to honing your skills for the field you need to look to 3D Targets.

Having hunted for over 40 years It wasn’t until I did two things that my shooting became better. The first was adding 3D targets to my practice. After purchasing several designs including Whitetail Deer, Javelina, and a Bear I found my accuracy in the field increased.

Before owning 3D targets I would shoot at a square target like a hay bail in the early days with a paper target or small balloons. The balloons were a way for me to focus on something other than a red dot target and if I hit the balloon I knew I would kill my target in the field.

I moved up to block targets several years ago and those are fantastic to take to the field and get some extra practice in before I went to my deer stand or into the mountains to spot and stalk.

Once you start using 3D targets and start moving around and giving yourself different angles your shoot placement in the field will get better. Now you have to focus on the actual kill zone which is completely different than a paper target or a balloon.

Working the angles makes for good focus on the kill zone and the 3D targets are the best for working through these angles.

I’ve always heard you should shoot for the opposite front shoulder of the animal when taking a shot. This will give you the best angle for making a clean shot of the animal. But you can’t practice this approach when you only work with stationary blocks or hay bails.

Practice from a Tree!

Use the 3D target while practicing from a tree or an elevated position.

Are you a tree hunter or a ground hunter? Practice-based on your expected shooting position in the field.

I’m a Western Hunter who spends the majority of his time working the spot and stalk on my prey. Whether it is Elk, Antelope, or Deer I’m most likely to be shooting from the ground, standing up, or sitting on a chair. These are the positions I practice from. I shoot out to 80 yards from a standing position and 40 yards from a seated position.

Having 3D targets to focus on at those distances and from those positions makes me a better shooter.

Now, I went out to Michigan a few years back and I only hunted from a tree stand. I barked about my ability to shoot up to 80 yards accurately, but I could push that out to 100 yards if it was the right buck.

My shots that week in the tree stand never went more than 30 yards. But, all my shots were from an angle I did not practice for.

Here is where the 3D target would have been handy for me if I were to have been practicing ahead of time.

The unfortunate part of me not being completely prepared for that angle is that one good quality buck suffered and I wasn’t able to recover it. Talk about a sick stomach. Even today I think about that shot placement and how I messed it up.

Pick up a 3D Target or Two

Save your money and purchase a couple of 3D targets for more practice experience. There are several to choose from and if you purchase from a quality brand like Rinehart you know you have a target that will last. Check out a few varieties of the best 3D targets at Shaggy Outdoors. They have reviewed several options and provided a couple of places to buy.

Consider a few things before you buy a 3D target.

No matter where you buy a 3D target or which brand you purchase your skills will get better and that will work for better kill zone shooting and a quick kill.